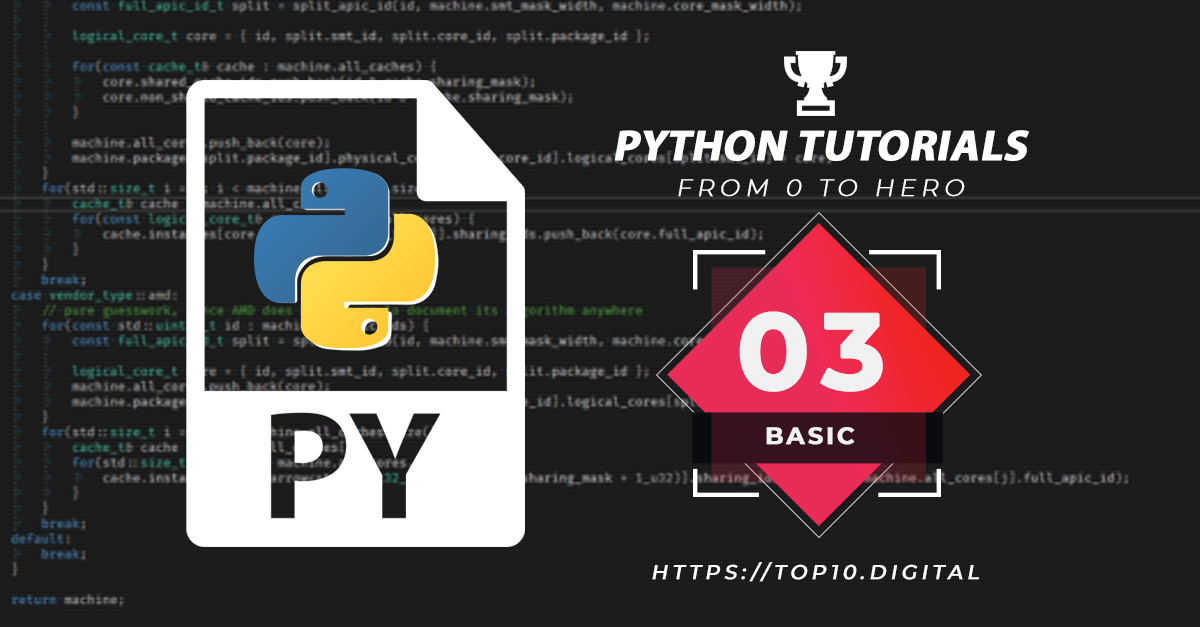 Python provides the facility of comments to help in documentation. However, Comments are not part of the actual code but the guidelines for developer or user.

Python has a commenting capability for the purpose of in-code documentation.

Moreover, Comments explain the code as well as make it more readable. It is also used to prevent the execution part of code because comments are not part of the actual code for execution. Therefore, The compiler skips the comments code to execute.

A string that is not assigned to a variable, Python will read it, but due to comment code, it will skip that part of code.

Variables are used to store data value. As compared to other programming languages, Python has no such command or rules define to declare a variable. Variable is created when assigning a value to it.

Let’s see the example below;

Here x and y are variables that store the particular value.

No need to declare the data type even it can be changed later after it has been set up.

First the variable for x is 4 but then it changes to a “sally” now.

The string variables are always in single or double-quotes. Both work the same and properly.

The name of variable must be simple, short, descriptive, and readable. Following rules can define the variable names in Python.

Python gives an option of assigning values to multiple variables in one line.

To print the variable print (statement) is a command. The print is in use to display the variable on the screen in Python.

Further, To combine characters use + sign between both variable, look the example below,

Moreover, The + sign works as a Mathematical Operator for numbers.

But combining a number with a string is not possible, Python gives you an error.